Pat was born in 1920 and grew up during the great depression when the economy was worse than most people today have ever experienced. He had to quit school in the ninth grade due to health problems. He moved to Colorado to recover, and later joined the National Youth Administration job training program.

After leaving Colorado, Pat enrolled in Coyne Electric School in Chicago IL. to study radio servicing. After graduation, he worked in the school as an instructor for military personnel. Later, he was offered a radio service job with Goodyear in New Orleans LA. Pat stayed with Goodyear for eighteen months, and then decided to open up his own radio service business known as Audubon Radio Shop. 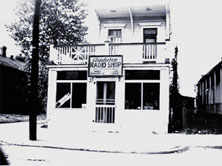 Pat was determined to succeed in spite of the fact that the manager of Goodyear told him when he quit that he would starve to death. A few years later, television came on the market and Pat enrolled in several TV training courses and opened the Audubon Radio Shop on Magazine street in New Orleans.

Pat met his wife to be, Alice, while in New Orleans and after a couple of years they got married. Since they were both originally from Texas, they were ready to move back when they heard the news that a Navy Base was opening in Beeville. Pat built the original Beeville repair shop in about six months. 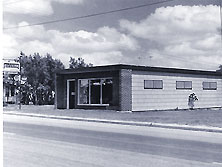 The shop opened in May 1954. There were not any Corpus stations at that time and reception from San Antonio stations was poor in quality because it was too far away from Beeville. Later on, Corpus stations came on the air and the television business experienced strong growth. Alice would hold the shop down while Pat would get out and install antennas and make service calls.

Around 1973, both Lafayette Electronics and Radio Shack expressed an interest in opening a franchise In Beeville. The family sat down and studied the catalogues offered of both businesses. Because Radio Shack had a better selection of products, they chose to purchase that company's franchise. This turned out to be a good decision, because Lafayette Electronics later went out of business. The Radio Shack dealership helped Cude TV expand their success in the retail electronics business. In 1983 the business was incorporated and the name changed from Cude TV to Cude Electronics Inc. 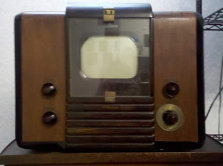 When Pat's son, Paul, was a child, he used to play with wire cutters and old TV sets. He would cut out resistors because their color coded markings made them look like little traffic lights. He would then take them to school and trade them for real toys. In 1979 Paul earned a business degree from the University of Texas at Austin. In 1980, he co-founded the popular South Texas band, Wavelength. Paul sang and played guitar full time for 7 years before joining Cude Electronics full time.

Cude Electronics has made many changes over the years to remain successful in the retail electronics business, but their determination to be the best has not changed. We remain committed to the principles of honesty and integrity. Our employees are determined to provide you with prompt, courteous and excellent service.

We want to thank our loyal customers for allowing us to serve them with the best customer service for 65 years! The store is closed as of Dec 21,2019, but Paul Cude will still be available for service calls at 361-254-1478.